The Our Selenium Training course at Qmatrix Technologies shapes the learners and makes them fit for openings such as automation testing, web driver, framework for web applications and TTD. Participants will be engaged in real-time project assignments, thus preparing to become a selenium certification professional.Selenium is an open-source tool which is helpful for test automation. The major components of the Selenium Course are Selenium RC, Selenium IDE, WebDriver and Selenium Grid. On completing this course, the participants will be able to automate any web based applications.

Enroll Now
To get placed in Top MNC’s

The Fundamentals of RESTFul Services in Java

This selenium classes in chennai will put you in a Corporate Test Environment. You will be automating Selenium test cases for banking and Ecommerce website. You will create & execute automation scripts and have an opportunity to compare it with scripts created by our experts. Students Will learn to create Webdriver Test Script for a Banking application. How to parameterize a Script using Excel. How to use TestNG for a script. How to take screenshots of test output & add verification steps to the script. The project will last 7 day with your work allocation for that day.

Nowadays IT organizations enlist selenium analyzer contrasted with QTP on the grounds that selenium is open source robotization instrument. In any case, it requires some programming information like Java, C#, python, ruby, and so forth Selenium is most appropriate for the engineer just as manual analyzer who need to move robotized testing field. Assume you have an IT foundation then selenium testing is the most ideal decision. Freshers can likewise pick this field for your brilliant vocation since it will consequently build up your programming information.

Selenium is open source and liberated from cost, so nowadays numerous organizations utilizing this selenium device for tests web applications. Selenium is likewise used to tests portable web applications. For that an ever increasing number of organizations currently were looking selenium analyzers. Wide assortments of chances are there for selenium robotization analyzers in the present IT commercial center. Taking Selenium Training course at QMatrix TechnologiesTechnologies Tambaram, will help all your profession dreams materializes in the present IT field.

Most recent Version of Selenium

Every single stage or programming language continues changing occasionally and is delivered in another adaptation. Selenium has additionally experienced numerous variants like Selenium IDE, Selenium 1, Selenium 2, Selenium 3 and the most recent redesign expected is Selenium 4.

Selenium 1 known as Selenium RC is the primary form of Selenium. The element isn’t accessible with the apparatus yet it is utilized for Web Driver similarity and is delivered inside the library. Selenium 2 uses various components for computerizing the cycle and Selenium 3 is the most recent rendition accessible in Selenium.

Selenium 3 is partitioned into numerous renditions like selenium 3.1, selenium 3.2, selenium 3.11.0 and selenium 3.12.0. Articles and code pieces in selenium 3 are planned such that makes it simple to download the new form for utilizing the Selenium apparatus. Java 8+ is utilized in selenium 3. Macintosh clients have Safari Driver presented by Apple. Rendition 2.1 has Guava in selenium.

Selenium 4 is a normalized form like Selenium 3 and has comparative normalization of W3C. Selenium 4 is viable with Web Driver API. Selenium 4 takes out the utilization of JSON of Java which speaks with the program which requires disentangling and encoding of API and utilizations Java ties. The wired convention utilized in JSON won’t be utilized in Selenium 4. Selenium 4 backings the utilization of Docker and eliminates string security bugs in Selenium. Selenium 4 comprises of the apparent multitude of checkpoints which conquer issues and help in smooth preparing. Documentation is a significant part in selenium and it will be redesigned in the new form of selenium. The trouble in the association of center and hub in selenium will be dispensed with in selenium 4.

DevOps is a rising innovation in the product business where all the exercises are computerized for consistent sending and improvement. The product business requests quality as the customers are generally from the worldwide market. This is a mechanization time which requires ceaseless mix. Designing organizations and conveying the application in worker computerization is the most ideal way out. The employment of tasks like designing workers, provisioning workers, firewall arrangement, network setup, and observing application when it is live are a portion of the cycles in DevOps innovation.

What Is The Difference Between Selenium And Cucumber?

Selenium is an open-source testing instrument for performing tests on electronic applications. Testing should be possible on many working frameworks by utilizing test contents composed diverse programming dialects like Java, PHP, Ruby, Python, and so forth

Cucumber has a significant element of performing client acknowledgment tests. Cucumber is a simple apparatus for Business Analysts as the coding is simple and basic. Cucumber utilizes the language called Gherkin to characterize experiments. It is a conduct driven improvement device that is valuable for programming testing utilizing codes produced from programming dialects like Java, Python, C#, and so on

Selenium Training in Chennai at QMatrix TechnologiesTechnologies covers all the significant parts of Jenkins, Cucumber and Mavens needed for selenium computerization testing 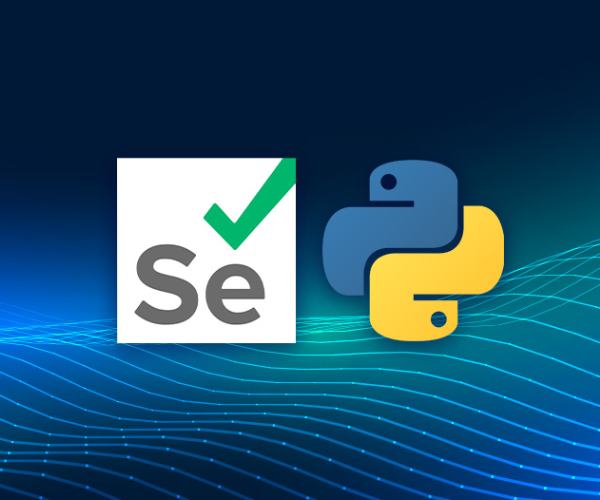 Selenium is open source and liberated from cost, so nowadays numerous organizations utilizing this selenium device for tests web applications. Selenium is likewise used to tests portable web applications. For that an ever increasing number of organizations currently were looking selenium analyzers. Wide assortments of chances are there for selenium robotization analyzers in the present IT commercial center. Taking Selenium Training course at QMatrix TechnologiesTechnologies, will help all your profession dreams materializes in the present IT field.

Get Ready For Placement

We believe in the easy posting of jobs to connect the right candidate with the right company and this credibility has earned us a large pool of job seekers.

I would like to share my learning experience with Qmatrix Technologies. This is one of the best institutes for IT courses in Chennai. My experience here was great. All the faculties are good, supportive and well-knowledge. They helped me in clearing all doubts regarding the course. I am very happy that I got placement in a leading MNC. I suggest all IT career aspirants to take admission and get placement. Really, it’s a good platform.

I did my Oralce PLSQL course at qmatrixtechologies. I got well trained in SQL and PLSQL. I was provided with real time project knowledge which helped me to understand concepts better.

It was a good experience to learn at Qmatrix Technologies. The institute is great and has a lot of hands-on experience. The Instructors are very professional and have real world experiences. Thanks to Qmatrix for building my skills and now I am very confident about my career future. Good curriculum and teaching! Thanks.

Trainers from qmatrix are well experienced. I got placement in 2 months since I started my training. Thanks to qmatrixtechologies.

I want to tell you that if you have interest in getting a career in the IT field, then I suggest Qmatrix Technologies as an excellent place for you. You can learn innovative technologies here with certified experts. The staff and faculty are very co-operative and delivered their best in building my skills. I am technically skilled now and working in my dream company. Thanks to Qmatrix Technologies.

I'm writing this review after a year of my work experience. I did my PLSQL course here. The course material and class was really effective. I am working in an MNC after a year now.

Do You Have Questions ?